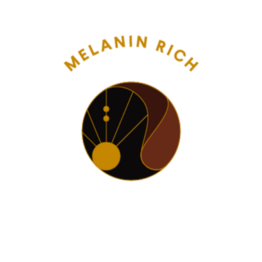 We’re here to share what we know — but don’t take it as medical advice. Talk to your medical provider if you have questions.

Skateboarding hasn’t always been a welcoming space for women of color. Latosha Stone wanted to change that. In 2013, she founded Proper Gnar, an anime-inspired skate and streetwear brand that empowers women of color to “shred” stereotypes.

“When I started this, I didn’t think I was going to make this impact, but now, with this next generation of skateboarders, there’s going to be a lot more Black women that are into this because of the art that I made.”

This is an excerpt. Read the full feature at insupportofblackjoy.com

For the last eight years, Proper Gnar was Latosha Stone’s side hustle. Though her day job as a traveling school photographer paid the bills, leading the first Black woman-owned skateboarding company was her passion.

It wasn’t until March, when the pandemic hit and Stone was laid off from her job, that she decided to focus solely on Proper Gnar, a company she founded in 2013 that sells anime-inspired streetwear, skateboards, and other merchandise. It’s since become her lifeline.

“Honestly, I was just scared because I didn’t know what the next step was going to be,” the 33-year-old founder says. “I didn’t think the skate industry was going to blow up.”

But that’s exactly what happened. As people searched for COVID-friendly outdoor activities, skating in various forms — from roller skating to skateboarding — seemingly became more popular. For Stone, this meant an increased interest in Proper Gnar.

The brand’s ultimate endorsement came from Beyoncé who featured it on her Black Parade shopping guide on Juneteenth. Stone’s sales skyrocketed 90% and her Instagram followers jumped by the thousands, she says. Stone also saw an influx when the Black Lives Matter movement urged consumers to support Black-owned companies following the police killings of George Floyd, Breonna Taylor and others. As people around the world reckoned with race, the heightened visibility for Proper Gnar gave Stone a larger platform to push her mission.

Read the full feature and check out more Joy of Movement content at insupportofblackjoy.curology.com